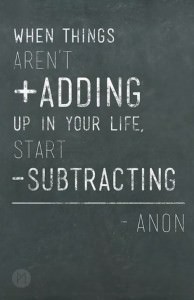 All my life, I’ve been classically over-involved, as many people in my generation are. But somehow, that tendency to over-commit followed me through high school, college and even now, into the early part of my career.

When I graduated from college in 2010, I felt a little lost. After juggling classes, being a student leader at Temple University, interning and working two part-time jobs, I wasn’t exactly sure what to do with what felt like an endless expanse of time after my 9-5 day was over.

So, I got involved. I joined the Philadelphia Public Relations Association (PPRA) and became the organization’s social media chair. I joined the Philadelphia Public Relations Society of America (PRSA). And a few months into my new job, after attending an alumni event at my beloved alma mater, I decided to apply to the board of my university’s young alumni association. Fast forward two years and I’ve worked my way up to leadership positions in each of those organizations, including becoming the alumni association’s vice president.

But then this past summer, before I officially took office, I had a bit of a mental meltdown.

I looked at all that was on my plate for the months ahead: PPRA, PRSA, Young Alumni Association, half marathon training…not to mention continuing to do well at my full-time job and building my freelance business and blog on the side.

I knew that something had to go.

I knew that I needed to prioritize. Unfortunately, sometimes prioritizing involves using the word “no.”

So, I stepped down from my position on my alma mater’s young alumni association board. Or to put it more bluntly, I quit. It was not an easy decision, and certainly one I did not take lightly.

While quitting is not something I’m proud of, what I am happy about is that I finally recognized that enough was enough. I recognized that I cannot do it all. As much as I’d like to believe that I’m superwoman and can take on the world, I can’t.

After a difficult conversation with the president of the organization, I sent a final email to the board, notifying them of my decision. I received the following reply from a friend and fellow board member:

I find there are often two categories of people in our age group: the over doers and the under doers. The over doers often find themselves too busy to do anything well and the under doers are lazy. There are a smart few, a different group, who understand that in order to conquer the world it’s best to be long-term greedy by focusing on being stellar at few things before moving onto others instead of trying (often unsuccessfully) to accomplish it all.

This reply hit me like a ton of bricks. My friend had put into words everything that I had been feeling for so many months as I struggled under the weight of responsibilities and commitments.

From then on, I made the decision to be “long-term greedy” and to focus on what I’m most passionate about, and the things that will help move me closer to my goals. 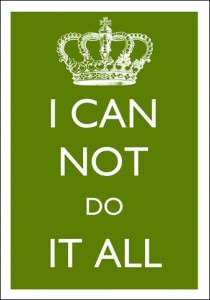 It was then that I realized that saying no to this organization freed up my time to say YES to other things…yes to freelance writing opportunities. Yes to a blog redesign. Yes to all of the things that I know are helping me get to exactly where I want to be.

The moral of the story here is that sometimes you need to say no.

You need to recognize when enough is enough.

You need to recognize (and respect) your boundaries in order to reach your goals.

Have you ever said “no” to help you say “yes” to other things? If so, please share your story in the comments below!

How are YOU getting gutsy? Whether you realize it or not, you probably are getting gutsy in both large and small ways, every day. Want to share your story with others looking to make big moves towards a happier life? Just drop me a line. Your post could appear here on the blog as part of my “Get Gutsy” series.