The Truth About Social Media 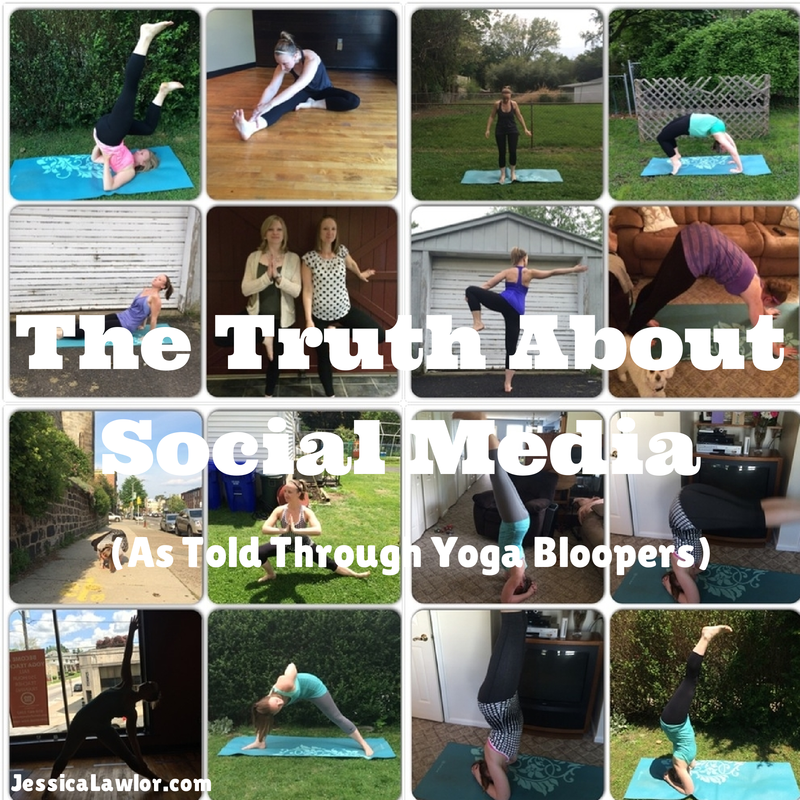 All throughout the month of May, I participated in my yoga studio’s pose-off challenge. Each day, the owner of the studio posted the pose of the day on social media and participants were challenged to take a picture in the pose and share it to Facebook, Twitter or Instagram.

I was skeptical to join in on the challenge; I’m not brand new to yoga, but I’m still early on in my practice (I started last September). I was nervous that I wouldn’t be able to do many of the poses or that I’d be embarrassed to share photos of myself doing yoga, especially if my form wasn’t perfect or I wasn’t able to get as deep into poses as other yogis.

But then I remembered two important things:

1. On this blog, I encourage you to get gutsy. I always strive to set an example and do the same thing myself. Participating in this challenge was very gutsy for me and took me way outside my comfort zone.

Ultimately, these two reasons convinced me to dive headfirst into the challenge, taking a photo each day in May and sharing it with the world.

Many of my pose photos were taken with beautiful backgrounds, either at my yoga studio or in my own backyard and neighborhood. Some of the photos were artsy and interesting; enhanced by filters, collages and rotating and mirrored shots.

I am proud of many of the poses and shots. I think they show a pretty accurate depiction of where I’m currently at in my yoga practice.

But let’s be real. Here’s the truth about social media:

All of the photos I shared each day? They definitely weren’t the first photo taken. Sometimes they weren’t even the second…or third…or fourth photo.

It’s natural and I’m clearly guilty of doing this myself, but sometimes, seeing all of that gorgeously filtered perfection? It can make you feel inferior about yourself and where you are in your own life.

My friend Sara Brink sums it up beautifully: “Don’t you think that we hide behind 140-characters? That we only let others view the bright moments of our days, and we swallow the dark and gloomy times to make it appear that we’ve got it all together? That we curate the beautiful things and hide away the nitty gritty, real things that make us so utterly human?”

A New York Times piece laments the “agony of Instagram” writing, “It’s not unusual to scroll through one’s Instagram feed and feel suffocated by fabulousness.”

So, here’s what you DIDN’T see throughout the challenge- the yoga bloopers, if you will. My moments of frustration, of falling on my face, of not having perfect form- but most of all, the moments of being human.

I share these photos with you as a reminder that we are all human- that we should constantly be striving for progress, not perfection, in whatever we do whether that’s yoga or something completely different.

From left to right: I attempted a shoulder stand on two different days and still haven’t quite achieved it, but one day, I’ll get there! I’m barely touching my toes in the first version of the top right, but was able to gather the strength to hold it for a few seconds in the posted version. Whoops! Not quite ready for my reverse plank in the bottom left. Andddd, there I am holding the wall and trying to gain balance before going into tree pose on the bottom right.

From left to right: I thought it would be cool to attempt side crow (a pose I’m not quite there with yet) outside Eastern State Penitentiary. Not my brightest idea when I almost faceplanted on the dirty sidewalk! Instead I did a regular crow inside the prison and it made for a pretty cool shot. I thought my Skandasana (top right) would be awesome with my shadow in the shot, but instead I have a lovely view of my neighbor’s trash cans and recycling bins. On the bottom left, I thought the silhouette look would be artsy, but nope- it’s just hard to see me and my form is way off. And don’t even ask me what I’m doing in the bottom right; clearly, trying to get into a bind and not quite in it yet! Much better on the other side. 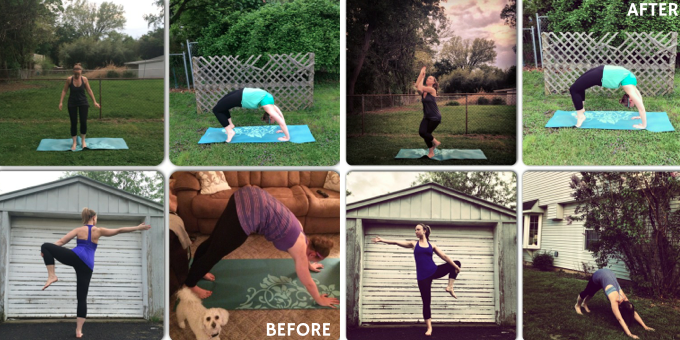 From left to right: Whoops, someone is totally not ready to get into Eagle pose! And my wheel was not very wheel-like in my first few attempts. I thought the bottom left photo would be pretty cool from the back, but instead I just feel totally awkward (although I LOVE the way the final version came out). And finally, my pup Buddy makes his appearance (downward dog with a dog!) but it’s not the best shot. I ended up retaking it outside on different day. 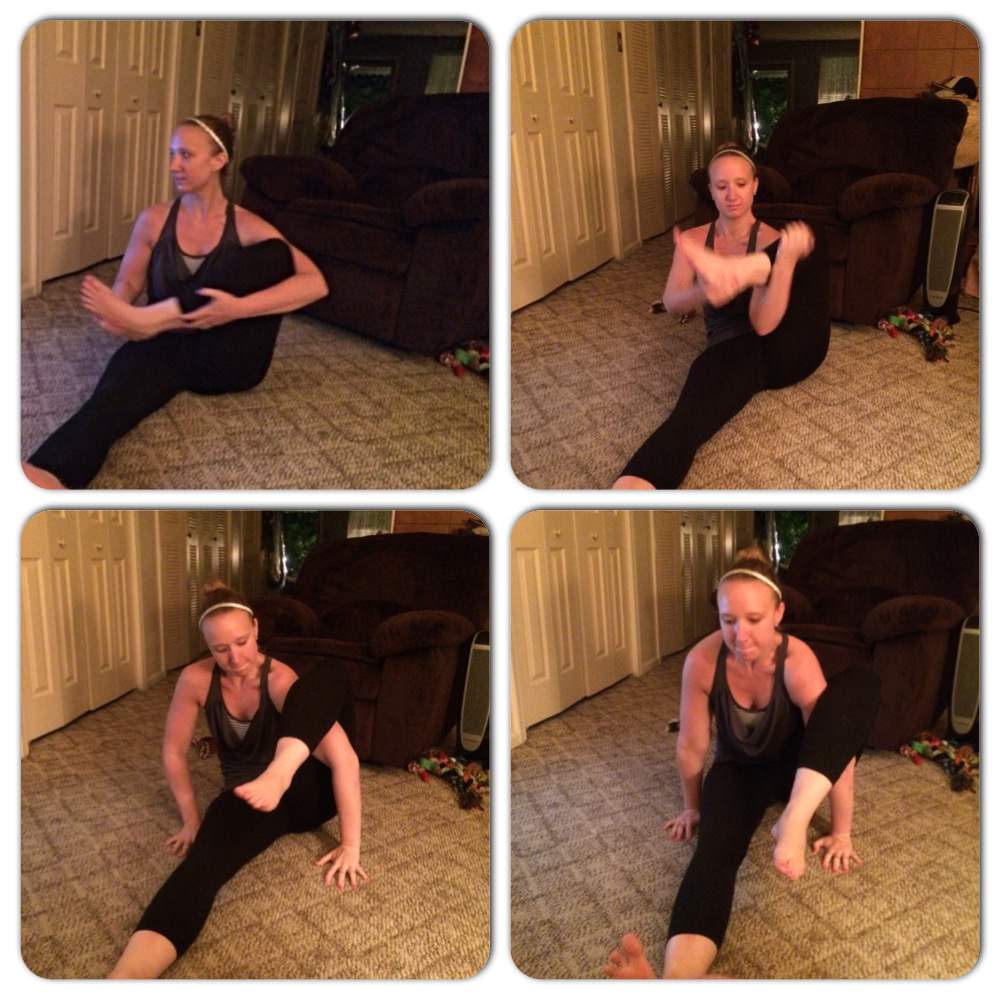 -There were a couple of poses I couldn’t do, so I did end up skipping three days of the challenge (elephant pose, eight-angle pose and split- maybe one day!). At first, I felt *terrible* about missing a day- I felt like I wasn’t really fully participating in the challenge. But I think an important part of life and yoga is accepting where you are right now- and right now, I can’t do some of those poses; but I’m still practicing and working toward it a little bit every day.

-Here’s more of what you didn’t see: I was DETERMINED to figure out how to do elephant pose and ended up sort of figuring it out (it will take much more practice to actually look good) but I wanted to also make sure I showed what it really looks like to practice a pose. In these photos, I’m completely sweaty and tired after class, just plopped on the living room floor trying to figure out this pose. As you can see, the background isn’t ideal and there are dog toys in the shot- but this is real. This is what it really looks like when I practice yoga at home.

-So many people have asked who took my yoga photos! The answer is various members of my family (my brother and dad had little patience for this particular month of yoga activities, but thanks guys!), my friend Rachel for poses taken during lunch at work and friends at yoga for poses taken at the studio. People have also asked where I’ve taken them- most of the outdoor poses have been taken around my own front and backyard. A couple were taken outside at work and many were taken in the yoga studio. Find beauty everywhere, people! 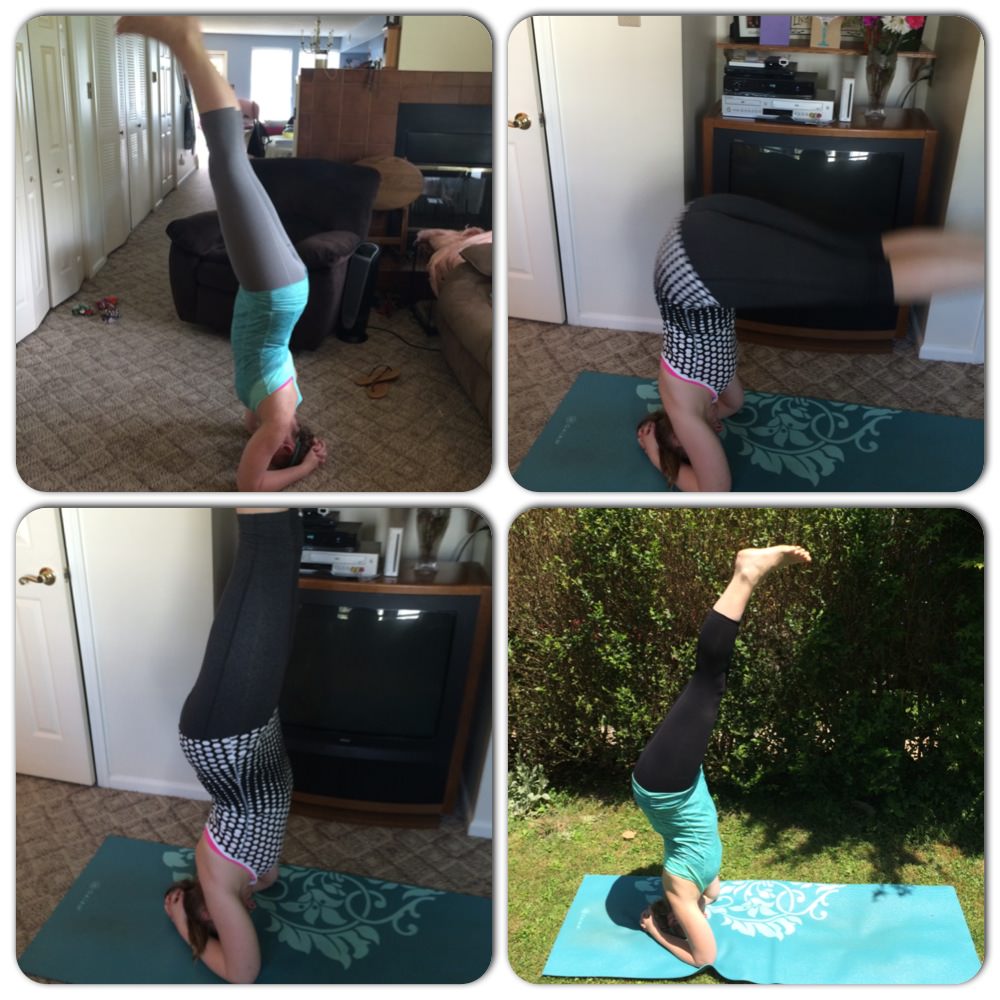 -An amazing feat that came from the challenge was my absolute determination to nail a forearm headstand and actually being able to do it by the end of the month! I’ve been able to do a tripod headstand for a few months, but for some reason, the thought of having my arms down on the ground scared me to no end; having my hands planted made me feel a little more in control when I got wobbly. After weeks of practicing both at the studio (and mostly in my living room) I am finally able to hold my forearm headstand (photo evidence here)!

-I think my yoga studio is GENIUS for putting together this challenge. Photo challenges aren’t new by any means, but by keeping it inclusive to those who have some connection to the studio, it really fostered a sense of community that I hadn’t really felt before. Through the challenge, I’ve gotten to know other people participating and now when I go to class, I go for more than just my personal practice. The entire experience is more enjoyable because I not only enjoy an amazing class, but I also have new people to chat with before and after class with whom I share a common bond. Plus, from a social media perspective, I’m sure it increased their following on all the platforms they used (Facebook, Instagram and Twitter) and with nearly 700 photos on the Instagram hashtag #danahotyogaposeoff, I’m sure the amplification of each of those posts helped boost brand awareness to all those following the individuals participating. I know that through the challenge, I got my friend Rachel to participate and she actually ended up purchasing a two week pass to the studio. That= conversion, right there. 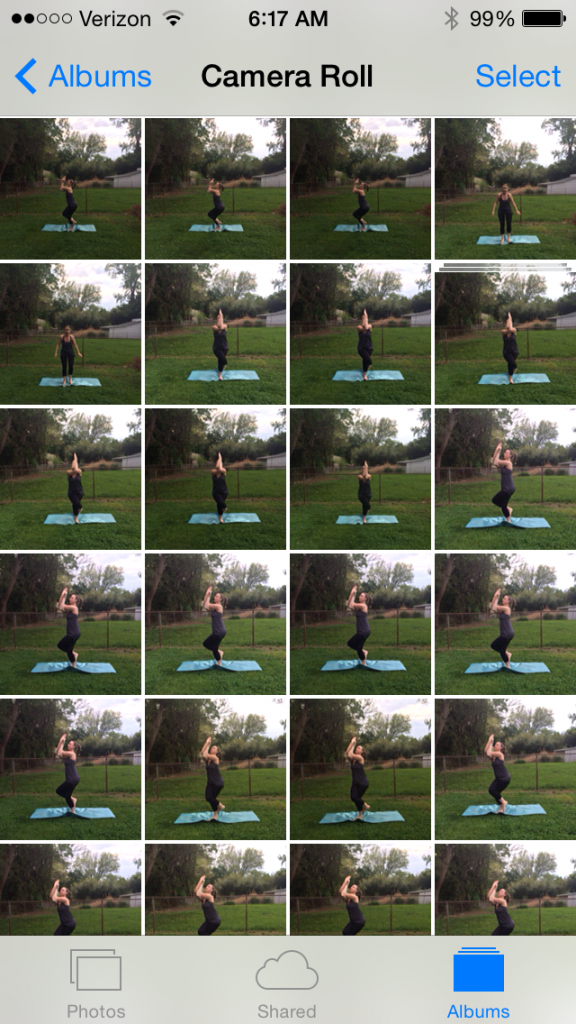 -Throughout the challenge, I took nearly 500 photos- not all of them are of me…some are photos of friends I took pictures of in their poses, but if we were to break it down- 500 photos, 31 days of May; that’s about 16 photos per day per pose. That sounds about right…some days I was able to get a picture I felt satisfied with in 3-4 shots…other days it took, well, way more than that. Like on this day, when I took literally 50 photos to find an eagle pose I felt comfortable posting. It’s not easy to admit this, but this is me being 100 percent real, and I’m sure many of you can relate.

From this experience, I’ve learned a lot about humility and vulnerability. I have a new respect for those who keep it real on social media and I hope to bring a little more of that vulnerability into my own social media posts moving forward.

What do you think? How do you decide what to post on social media? Would you ever participate in a challenge like this one? Have any other questions about the challenge? Leave them below!

Want more gutsy content delivered straight to your inbox twice a month? Be sure to sign up for my FREE #Get Gutsy e-newsletter filled with inspiration, ideas and action items to get out of your comfort zone.