Confession: In my natural state, I’m about as far from gutsy as it gets.

That comes from decades spent cultivating a perfectionistic streak a mile wide. Because nothing gets in the way of getting gutsy like fear of not getting it just right.

It is a point of much contention in my household. In the time we’ve been married, my husband has self-published a short story collection and two YA novels, and now he’s working on the third book in his series.

I, on the other hand, have a very extensive plan about my own book series, which is so complex, I’ve actually mapped out details about the accompanying licensing rights and retail locations. But actual words…flawed, messy, maybe-not-as-great-as-I’d-like-them-to-be words? Not so much.

Despite this personal shortage of guts, I’ve managed to make my living in creative fields for more than 15 years. Which means I can get gutsy when I have to, even if it doesn’t come naturally.

Here are three real-world tips from a die-hard scaredy-cat about how to overcome what’s standing between you and getting gutsy.

1. Start every day with a mistake. A long time ago I worked with a mentor who was trying to lure me out of my stifling perfectionistic cocoon. I confessed that mistakes scared the crap out of me because they were like evidence that you were not as great as you were pretending to be. He challenged me to start each day with a stone in my pocket. As soon as I made a mistake, I should take the stone out of my pocket. I never made it past 9 a.m. without screwing something up.

As silly as it seems, the physical act of getting rid of that stone each day was freeing. And it underlined the fact that mistakes are going to happen one way or another, so why waste all that time and energy fighting against them? Learn from them and move on.

My favorite take-away from this exercise is that it helps me help my kids (who can be perfectionists-in-training, when the mood strikes them). Whenever they flip out, frustrated over some mistake or another, I tell them, “I made 50 mistakes before breakfast this morning. If you’re not making mistakes, you’re not trying. Let’s make MORE mistakes next time.”

2. Own your imperfection. A couple of years ago, I started running. This took a lot of guts on my part, because I’d never been much of an athlete, or what one would call coordinated, or even remotely physically fit.

I ran my first 5K on New Year’s Day in 2010 and nearly threw up in the first quarter mile. (Not because I was hungover) It wasn’t even a physical thing brought on from running. I felt nauseous because there was a crowd of people watching, and (the horror!) they could all hear me gasping for breath!

So began my love-hate relationship with running. I am not a graceful runner. I don’t bound like a gazelle. I kind of gallop/trundle. I walk almost as much as I run. I spent about a year berating myself for not being the kind of runner they feature on the cover of Runner’s World (whom I’m convinced are genetically altered. Or cyborgs.)

But somewhere along the way, I decided that I liked the end result of running, even if I didn’t love the actual process. So I gave myself permission to get to that end any which way I could…no matter how ugly, sweaty, uncoordinated or embarrassing.

Two amazing things happened. 1) When I stopped focusing all my attention on me, I noticed there were quite a few runners who didn’t look like Runner’s World contenders either. There were waddlers, shufflers, jugglers, strollers””and why the hell did it even matter, anyway? We were all getting where we wanted to go. 2) When I shifted my focus to the total mileage I was racking up, instead of every tortured step along the way, I found myself actually WANTING to run more.

So, yes, I’m a sucker for reverse psychology. I can live with that.

3. Try Speed Failing. Left to my own devices, I can spend a ridiculous amount of time inventing things to be afraid of, building them up to boogeyman proportions, then hiding from them. As you can imagine, this is pretty much a full-time job. Which really puts a damper on actual productivity.

To snap myself out of this state, I use my own brand of DIY exposure therapy. I make a list of small to medium-risk tasks I’ve been avoiding, then establish a finite time period- sometimes even just 15 minutes will do it. The goal is to squeeze as many tasks into that window as I can. 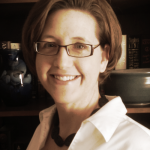 The point is not so much to succeed at any of the tasks (hey, but if I do…Yahtzee!), but to get a few good fails out of the way so I can rob them of their powers of intimidation. I find that helps shrink the boogeymen down to size.

So I can spend more time getting gutsy and less time procrastinating.

Karen Vitale is a writer, product developer, creative consultant and cubicle-escapee who tries to make sense of all that at karenvitale.com.