Today, I’m participating in Waiting on Wednesday, a weekly event hosted by Jill at Breaking The Spine. This event highlights the upcoming releases that we are eagerly awaiting!

Today, I am waiting for… 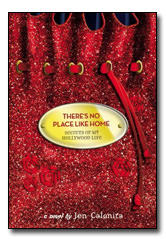 I’d read the first book in this series a few years ago, but I had no idea there had since been five more books, and that this one would be the last! Good thing I have until March until this one comes out, but I am definitely excited. I will certainly be getting all caught up this winter on this fun series!

Check out this Amazon synopsis:

After her brilliant run on Broadway and surviving the harsh concrete jungle of New York City, seventeen-year-old Hollywood “It Girl” Kaitlin Burke is back in L.A. starting a sitcom with her former-nemesis-now-BFF, Sky. The show is a huge success! In fact, maybe a little too huge, Kaitlin realizes, after a bad run-in with aggressive paparazzi puts her boyfriend Austin in danger. She wishes, once again, that she could have a normal life.

But what Kaitlin doesn’t realize is that her Hollywood life has had a positive influence on just about everyone she loves, and it takes a minor car accident and a nasty concussion to truly grasp how lucky she is. In Jen Calonita’s sixth and final Secrets of My Hollywood Life novel, Kaitlin learns at last about the price of fame, the unending upside of friendship, and that there really is no place like home-even if it’s Tinseltown.

Thanks to Alison Can Read for re-introducing me to this awesome series through her WoW a few weeks ago!

What are you anxiously waiting for this Wednesday?

7 thoughts on “Waiting on Wednesday”